The Sigdal Project covers the historical nickel occurrences of Grågalten and Ramstad, as well as several other known nickel prospects.   The historical mining operations were centred on the Grågalten and Ramstad deposits located to the north and south of Prestfoss respectively.  The mine was operated between 1874-1877, producing approximately 1,200-1,300 t of nickel ore equating to approximately 7 t of nickel.

In 2006, Blackstone Ventures completed a ground-based electromagnetic (EM) survey over the current project tenements, which located a prospective conductor associated with the known sites of historical nickel production at Grågalten and Ramstad.  Blackstone tested the ground EM conductor with two relatively shallow inclined drill holes which intersected ‘mineralised gabbro’ at depths of less than 50 m and confirmed the presence of nickel mineralisation at the two historical prospects.

Drill hole ER2006-13 drilled on the north side of the historical prospects returned anomalous assay values for nickel, copper and gold at drill depths of 22 m and 36 m as follows:

Kendrick Resources intends to undertake further drilling to test the EM conductor associated with the encouraging intersections of nickel and gold. 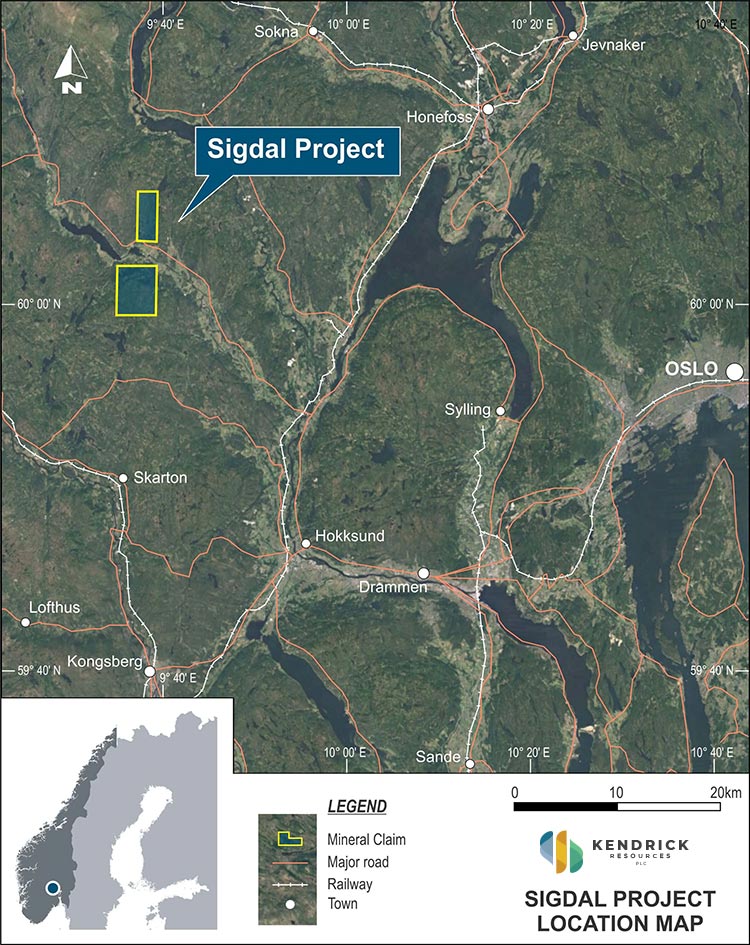