The Koitelainen Vosa Project is centred on the Koitelainen igneous intrusion, a large, layered mafic-ultramafic body, which intruded into Archean tonalitic gneisses and greenstone-schists of late Archean to early Proterozoic age  and rocks of the Salla Group, a thin basal succession of andesitic to dacitic lava flows and rhyolitic pyroclastic rocks. Mineralisation at Koitelainen is stratiform in nature, dipping shallowly to the east.  There are two major, sulfide-free, PGE enriched chromite reefs, the UC and LC, which may extend across the entire intrusion, as well as a vanadium enriched gabbro.  Both of the chromite reefs are enriched in vanadium, with the UC reef representing the most significant source of vanadium mineralisation within the intrusion.  The main vanadiferous mineral in the reefs is chromite, while in the gabbro it is magnetite.  An Inferred Minerals resource has been defend at the Koitelainen Vosa Prospect comprising 116.4Mt, containing 5.8 million tonnes of magnetite @ 2.3% V2O5 (in magnetite concentrate), for 131,000 tonnes of V2O5 based on 5.0% Mass Recovery of magnetite concentrate and a cut-off of 0.5% V.  The Inferred Mineral Resource was estimated in accordance with JORC (2012), utilising data from 3,784m of drilling from 27 historical drill holes. 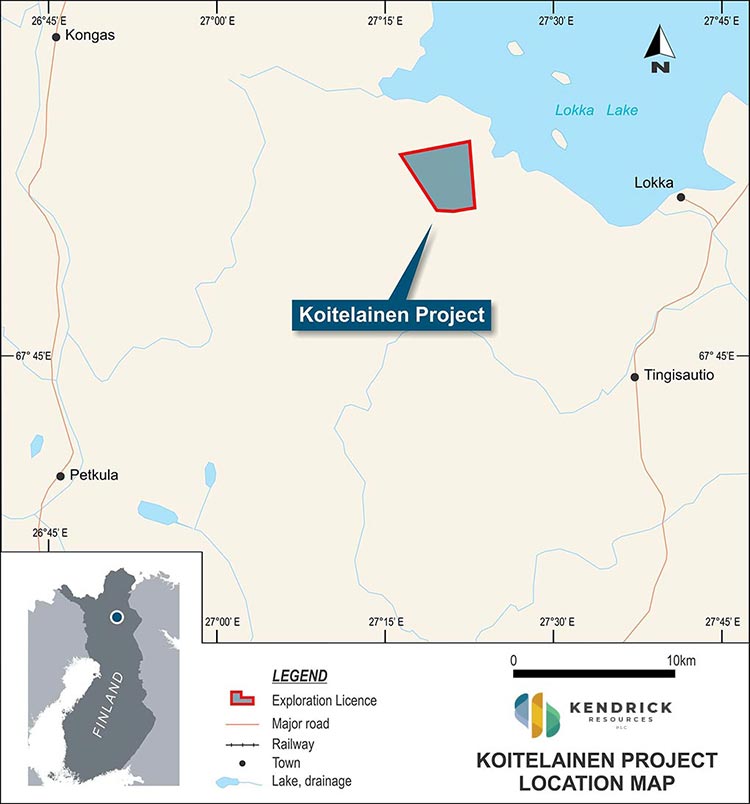 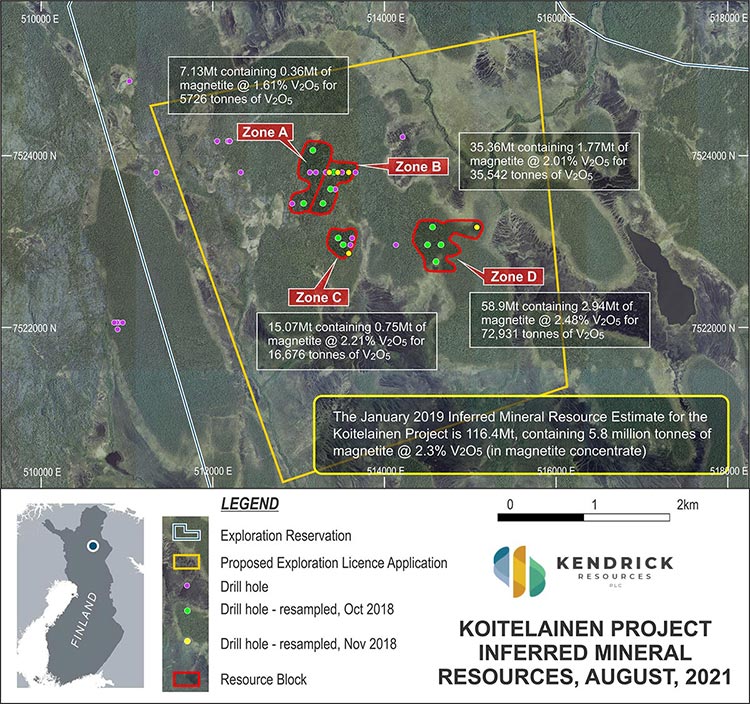