The Karhujupukka Project lies approximately 20 km southeast of the city of Kolari in east central Finland.  A railroad runs along the Finland-Swedish border, 10 km west of the Project with connections to the port and industrial centre at Kemi on the Gulf of Bothnia.

An early indication of the potential of the Karhujupukka area was given by a local inhabitant in 1986, who claimed that a strong magnetic anomaly existed in the area.  The first drilling was completed during the autumn of 1987 and spring of 1988 when 10 holes were drilled for 1,196m intersecting a compact magnetite-ilmenite zone.

Between 1988 and 1996, the Geological Survey of Finland completed three successive drilling campaigns outlining three independent bodies of magnetite-ilmenite-vanadium mineralisation at Karhujupukka (central), Korthonletho (east) and Karhuvuoma (west) over a combined strike length of 5 km.  In total, 36 holes for 3,453 m were completed to test the magnetite-gabbro layers.

From 2012-2014, the project was explored by Akkerman under a joint venture with Nortec Minerals Corp who carried out a heliborne versatile time domain electromagnetic and horizonal magnetic gradiometer survey covering 391 line/km at 100 m spacing.  Several conductive features were identified and interpreted to have vanadium and nickel-copper potential.

In February 2019, Pursuit Minerals completed a two-hole drill program (for 277.2 m) at Karhujupukka South to test a +350 m long electromagnetic (VTEM) conductor.  The electromagnetic conductor was interpreted to be potentially due to nickel-copper sulfide mineralisation.  However, neither drill hole intersected a source for the VTEM conductor, and the conductor remains unexplained.  Kendrick Resources will undertake further drilling to locate the source of the VTEM conductor and determine the potential of the Karhujupukka Project to host nickel-copper mineralisation. 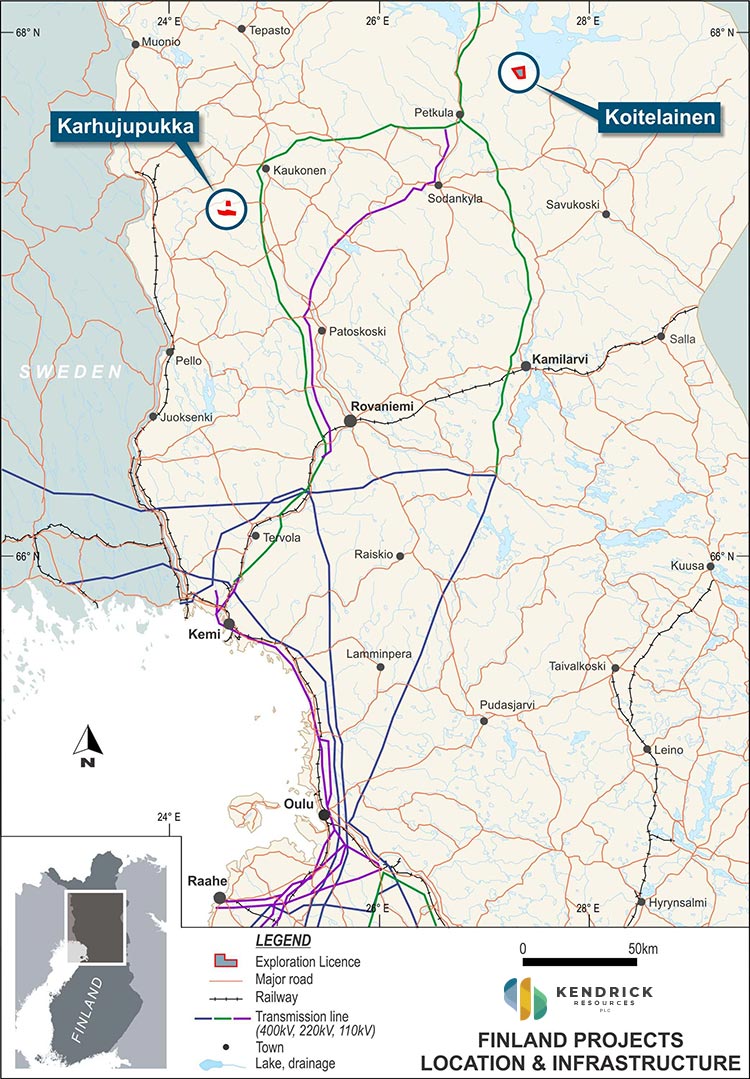 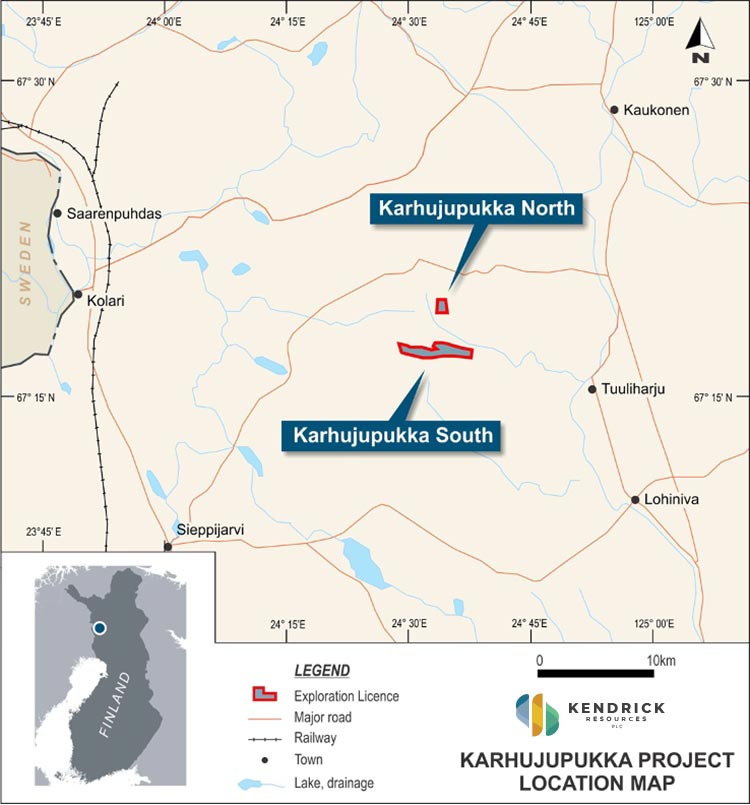 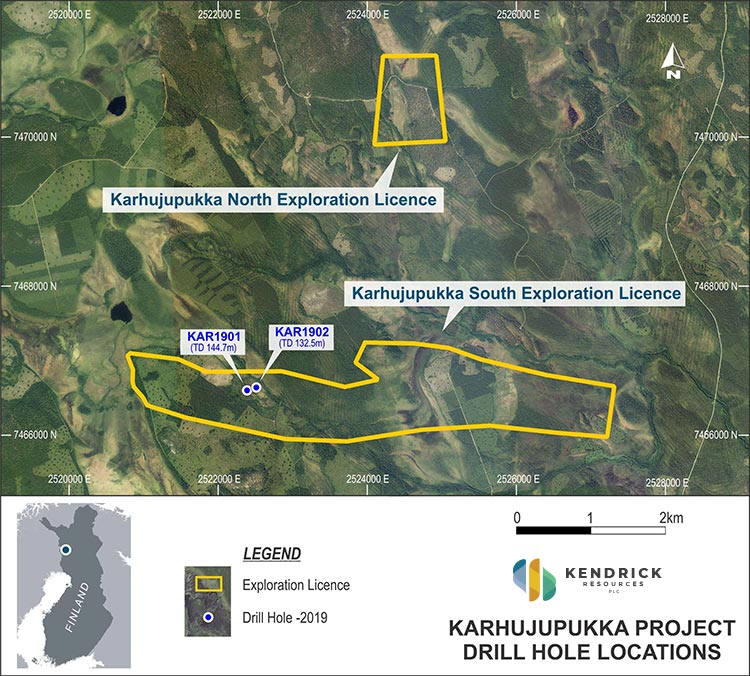