The Hosanger Project is located on the western side of Osterøy island, southwestern Norway, about 22 km north of the city of Bergen. The project area can be accessed all year by road or waterway, with good-quality roads linking the Project to the mainland and a ferry from Breistein to Valestrand.

The Hosanger nickel-copper deposits consist of two different fields – Nonås and Litland.  Initial production was from the Nonås field with production after 1915 predominantly from the Litland field.  In total it is estimated that 462,000 t of ore was extracted at average head grades of 1.05% Ni, 0.35% Cu and 0.045% Co, ultimately producing 4,170 t of contained nickel.  Production figures show Ni grades varying from 0.67 to 1.215% and Cu from 0.28% to 0.44% across the Hosanger nickel-copper deposits.

Kendrick Resources will review all of the existing drilling data, prospects and historical mining data prior to determining if it will undertake a drilling program to test for extensions of the known nickel-copper mineralisation. 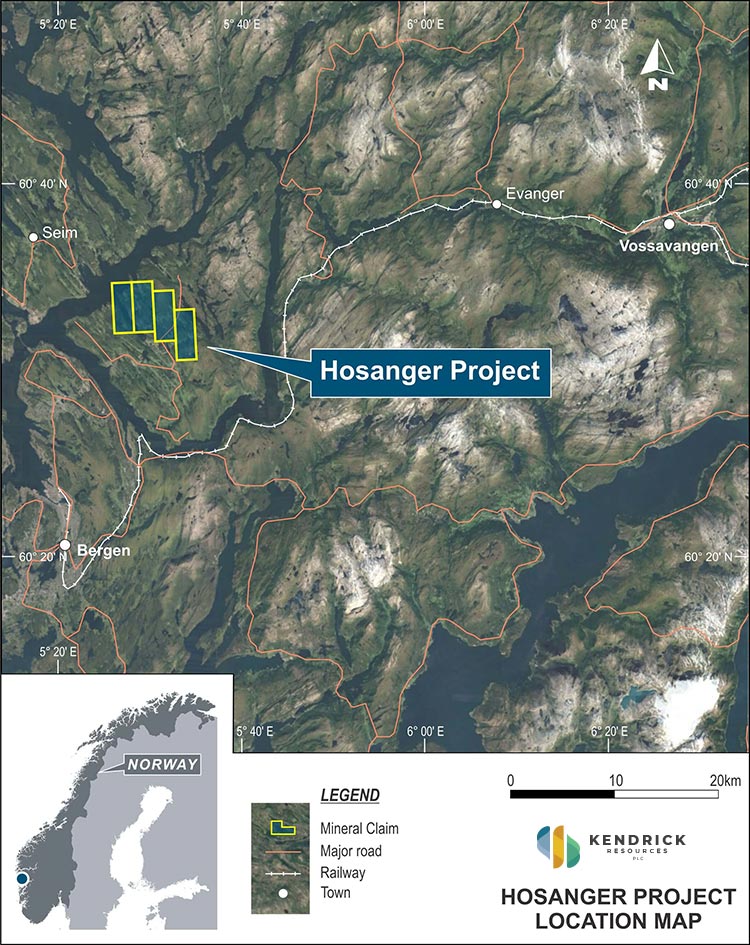