The Espedalen Project lies approximately 50 km north of Lillehammer and 170 km north of Olso in southern central Norway.  The Project is well served with transport infrastructure, being accessible by sealed roads and close to rail links with connections to ports in southern Norway as well as to Glencore’s Nikkelverk nickel refinery 350 km to the south.

Mining in the area dates from 1666, when copper was discovered in the Espedalen valley, with mining continuing intermittently until 1750.  Following a short hiatus, further nickel mining occurred between 1848 and 1918 from several small mines, including the Veslegruva mine in the southwest of the Espedalen Project area.  Total production from the Espedalen region is estimated at 100,000 tonnes at an average grade of 1.0% Ni, 0.4% Cu and 0.06% Co.

The nickel mineralisation at the Espedalen Project is hosted within differentiated mafic and ultramafic bodies referred to as the ‘Espedalen Complex’ and forms the basement of the Gråho subnappe within the larger Caledonian Jotun Nappe, which ranges in age from 1,698-1,250 Ma.
This age range is similar to the age of the rocks hosting the giant Voisey’s Bay nickel deposit in Labrador, Canada. Mineralisation comprising mainly pyrrhotite, pentlandite and chalcopyrite with or without pyrite is found as massive to network textured and disseminated sulfide zones.

The Stormyra Mineral resource is open at depth. Drilling will be undertaken, to determine if the Mineral Resource can be expanded and to further investigate encouraging drill intersections including:

In addition to the Stormyra and Dalen nickel deposits, the Espedalen Project contains 10 prospects containing nickel intersections of at least 5m @ >1% Ni which warrant follow up drilling. 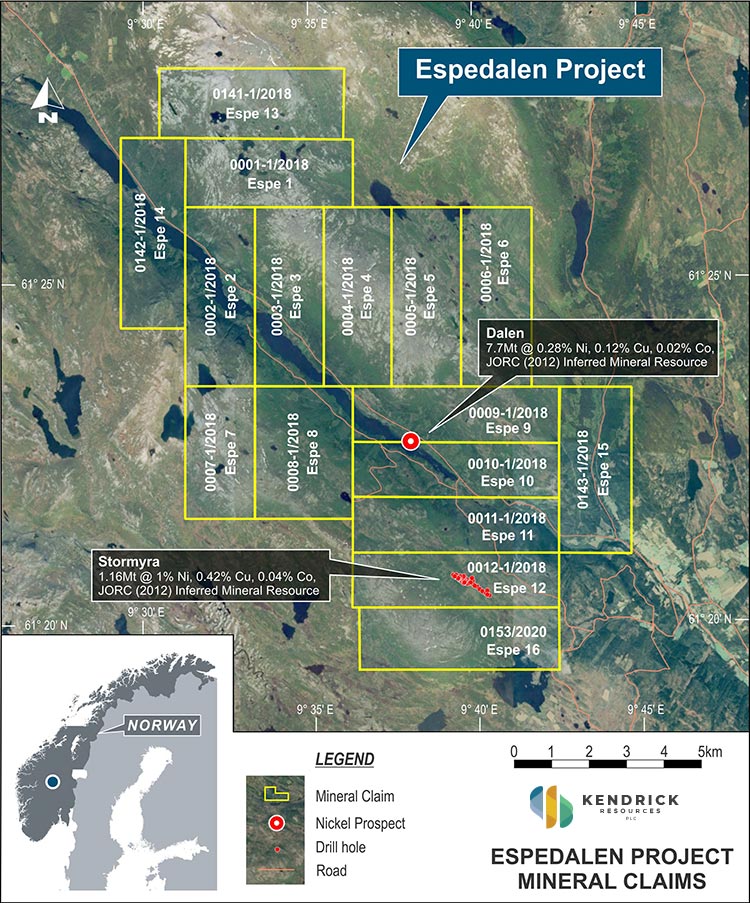 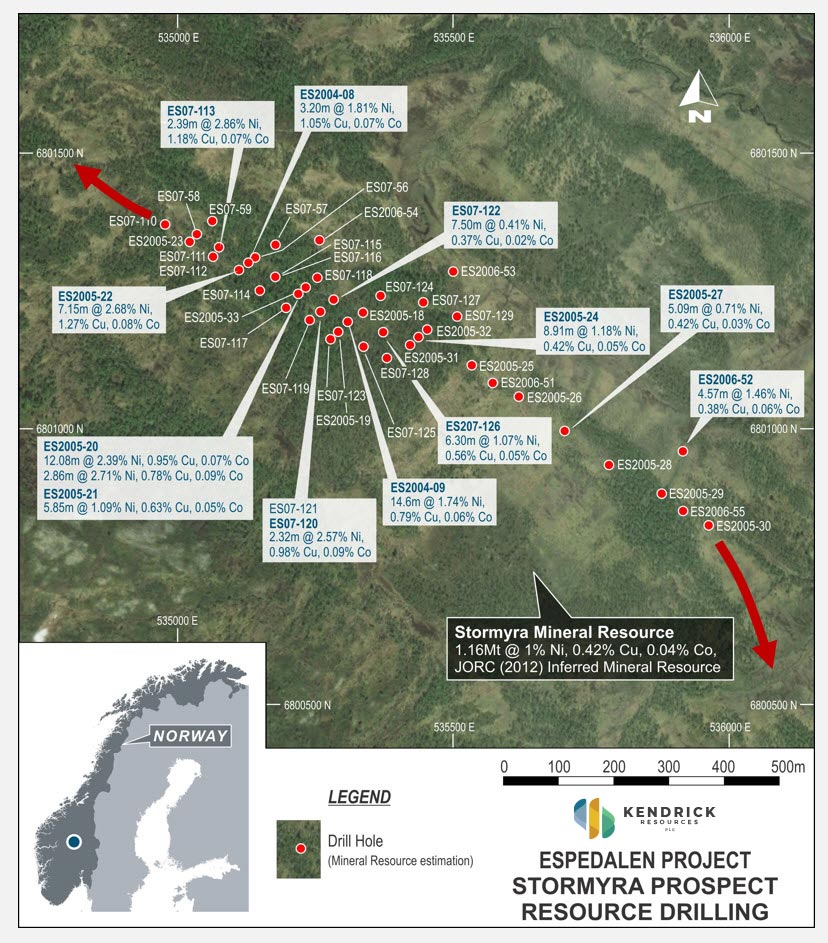